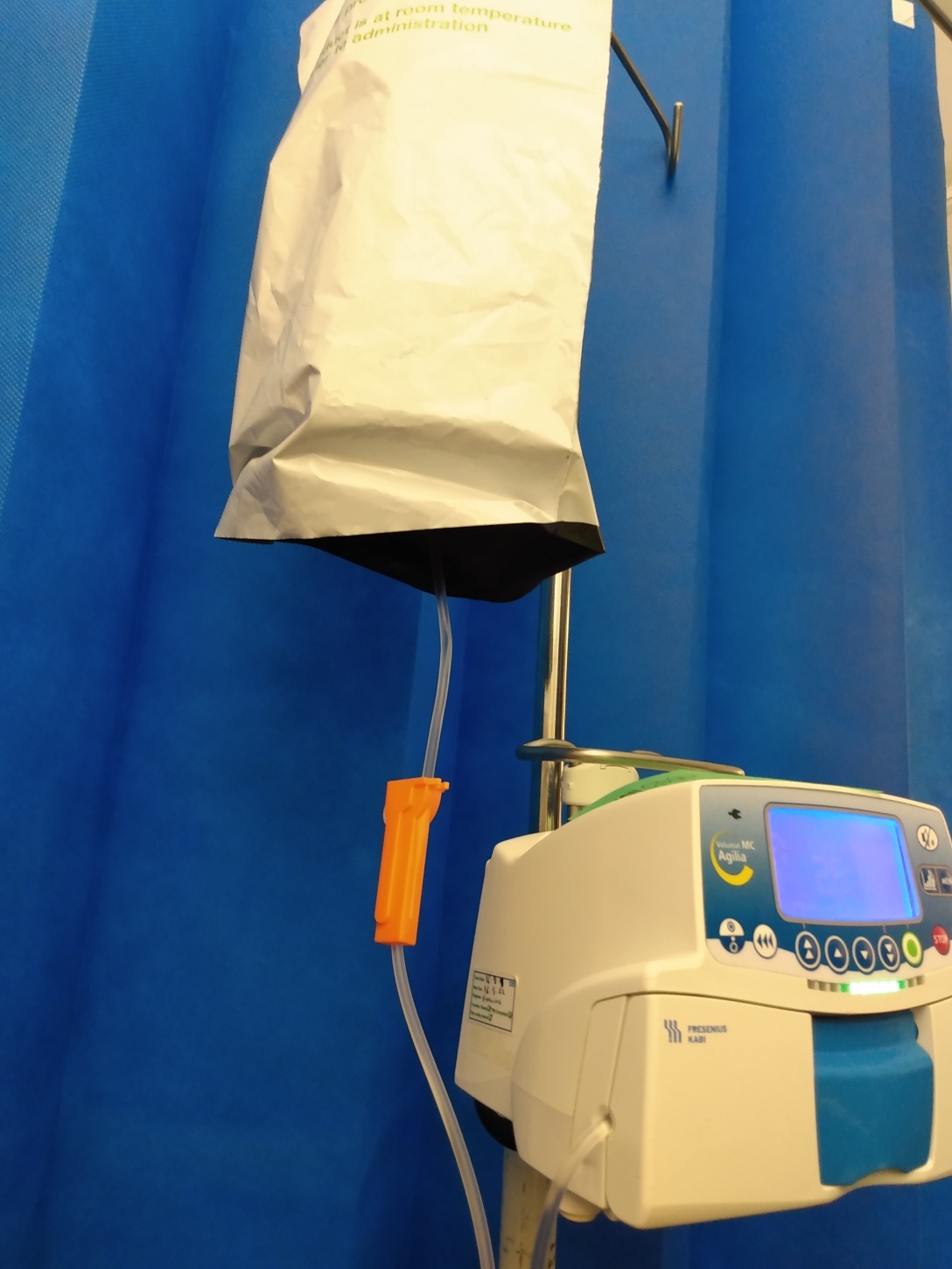 When I was 21 I went to Las Vegas, and I have never before or since been anywhere else quite as strange. But being in hospital comes close.

Because I’m in a ward that looks out on a bin depot and a high brick wall there’s little natural light. It reminds me of being in Vegas casinos which had no windows, no clocks, no way of telling what time it was. That’s a deliberate ploy, I think, to make you mindlessly feed coins into a slot machine, forgetting that there is an outside world and you might have a place in it.

Time in a casino becomes distorted and loses all meaning, a phenomenon which I experienced for myself today.

The plan was for me to start on a steroid drip at 11am and progress to Lemtrada by 11:30 or so. The infusion would last until around 3:30pm, then I would need half-hourly obs for the next two hours, and I’d be done with day one by 5:30. But no, I hadn’t appreciated the elastic nature of hospital time. Somewhere in the co-ordination of doctors, pharmacists and the dispensary the Lemtrada didn’t turn up until 3pm, so I spent the day reading, arranging and re-arranging the things I wanted to have to hand during the infusion (sweets, water bottles, books), and getting increasingly tetchy about having to wait. I felt like I’d been sitting in my chair for some excruciatingly long yet indeterminate amount of time. I started to wonder why I was even doing this in the first place. Why did I have to be here, when there were an almost infinite number of places I’d rather be, and things I’d rather be doing.

But I realised I’d come too far now to start thinking like this. I committed to Lemtrada on the first day of round one, I can’t give up now.

In round one, I’m sure I remember not feeling any particular effects until day 3 or 4, though I can’t be sure. This time, I felt decidedly odd as soon as the steroid drip was started, a bit out of it. And the steroid taste was a lot worse than I remembered. I got through a whole packet of Mentoes in that half hour. I drank 3 litres of water during the Lemtrada infusion which was somewhat boring but my blood pressure stayed at a normal level and I didn’t feel unwell.

All in all, despite the waiting, it went well. One day down, two to go. Bring it on.

PS note that in the photo I used at the top of this blog (which in the spirit of the general Groundhog Day-ness of this whole round two experience is pretty similar to the photo I used in my Lemtrada: Round one, day two post), but note that the Lemtrada no longer has an edgy black cloak, but just some sort of bog standard clinical packaging. So it doesn’t look quite so cool any more…

6 thoughts on “Lemtrada: round two, day one”