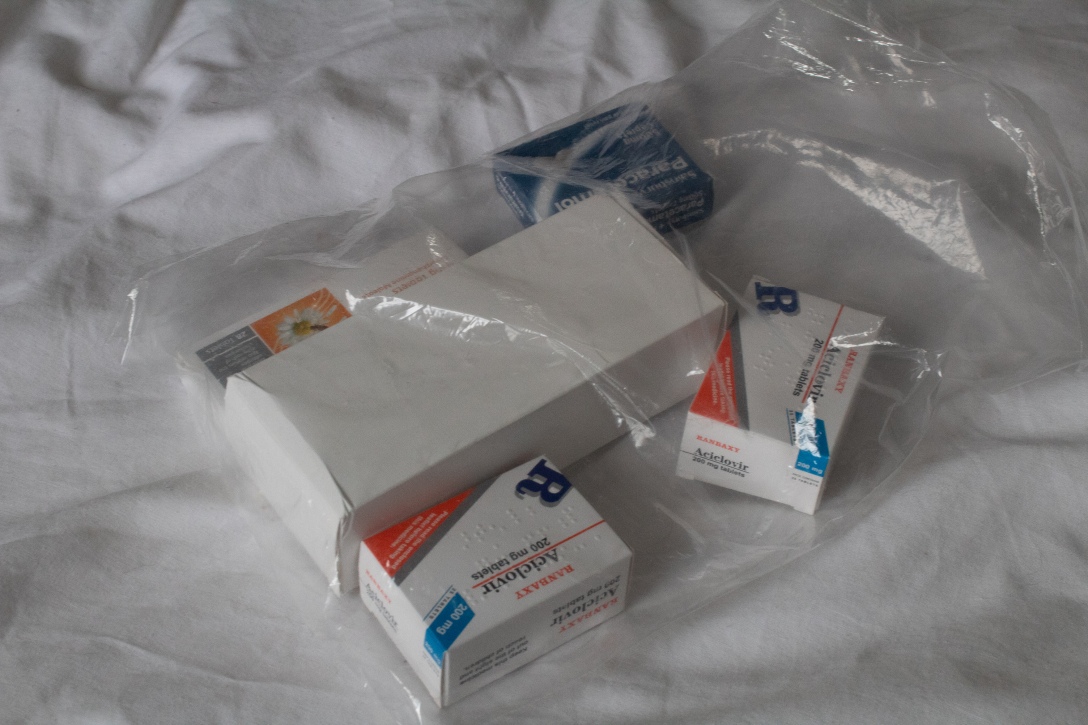 Oh dear. I’ve left it rather a long time to blog about day five of Lemtrada – I’m now over nine weeks since I was discharged from hospital. I don’t really have an excuse for the lateness of this post – for the first week or so I didn’t feel up to much, and then I had two nasty colds in quick succession, but since then I’ve been feeling a lot better. I’m not sure if I feel much better than I did before I had Lemtrada, but I think the long-term effects of the treatment might take a while to make themselves known. That’s for another blog post though.

Day five of Lemtrada didn’t start well. I got out of bed to go to the loo, got back to bed and nearly fainted. My blood pressure was taken and it had dipped really low. The nurses put me into bed and told me to drink some water. After a few minutes my blood pressure came back up again but I didn’t feel well at all, really washed-out and weak.

I’d been making a point of getting dressed each day, but I didn’t feel capable that morning. I managed to get out of bed into my chair before the infusion was due at 10, wrapped myself in a blanket and dozed. I didn’t even feel up to reading. The nurse came to give me my IV antibiotics into my cannula, and I watched them go in. I’m not normally squeamish, more interested in the process, but I think having had my cannula resited multiple times over the previous days had just been a bit too much and I had another near-fainting episode.

The nurses got me back into bed and I then had to wait an hour before the Lemtrada infusion could start, just to make sure I wasn’t having some kind of adverse reaction. Nothing more went wrong so the infusion eventually started at 11:20. I dozed in bed all day. I had to stay to be monitored for two hours after the infusion ended, my family came to the hospital to help me get dressed and pack. In the end it was all over very quickly. I was handed a bag of drugs – antibiotics and antivirals that I need to take for a month – and a discharge note, told to seek medical care urgently if I showed signs of an allergic reaction, and that was it.

I’d been advised to get some antihistamines in case the rash came back – which it did a couple of times over the next day or so, so we stopped off at the supermarket on the way home to get some – I’ll compile my top tips for Lemtrada at some point but this is definitely one for the list: make sure you are stocked-up with antihistamines when you get home, you don’t want to be rushing out to get them when you’re covered in the dreaded rash.

I got home to beautiful freesias that my mum had put in my bedroom and went straight to bed. I felt feverish and checked my temperature which had gone up to 38.1. I panicked a bit that I’d somehow picked up an infection on my way home but on Googling found that this was a normal reaction to the Lemtrada. I had been so paranoid about what would happen if I did pick up an infection, imagining that without part of my immune system a common cold could kill me but I’ve learnt that’s not the case. Though we are more prone to infection after Lemtrada, they aren’t necessarily any worse than when your immune system is at full strength. I took some paracetamol which brought my temperature back down again. It felt really good to be back in my own bed and to be away from the bustle of the ward. I slept, and slept, and slept.

10 thoughts on “Lemtrada: round one, day five”